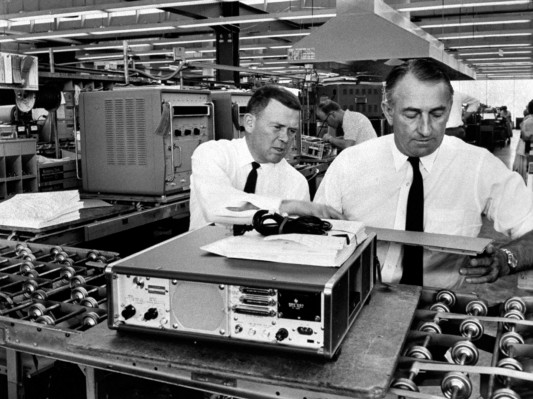 5 Revolutionary Startups That Prospered During A Recession

In the midst of enduring a global pandemic, one of the largest civil rights movements in U.S. history, and a recession, it’s safe to say that 2020 has been difficult for all of us. The current state of our economy is taking a toll on the entire population, especially entrepreneurs and small businesses. In the U.S. alone, more than 100,000 small businesses have closed due to the pandemic, making up a total of at least 2% of small businesses according to a recent study conducted by Harvard University, University of Chicago, and the University of Illinois.
The reality of the recession is hard to escape, and finding hope can be exhausting. Yet, while the recession may continue to cast doubt and fear, let’s not forget that recessions can be a hub for innovation.
Recessions are a breeding ground for new ideas, change, and abundant opportunity — and we’ve seen this repeatedly throughout history. Here are five U.S. companies that prospered through recessions during the 20th and 21st centuries.

We may know General Motors as the largest automobile manufacturer in the United States, however back in the late 1920s, General Motors struggled to stay afloat during the Great Depression. From 1929 to 1932, automobile sales fell by 75% and automobile companies lost 25% of industry sales, which is equivalent to $2.9 billion today. As a result, half of the automakers shut down. However, unlike other automakers, General Motors produced a profit every year during the Great Depression. The core of its success can be attributed to its focus on fitting the needs of their consumer base. GM was able to pivot and shift their production from high-end luxury cars to Chevrolet, its high-volume discount brand that was all-around affordable. GM saved their company by being creative and adapting to their circumstances.

During the late 1930s, the US endured another recession, known as the Recession of 1937–38. While it was not as large as the Great Depression, this recession was America’s third-worst downturn of the 20th century with a 10% drop in GDP and a 20% unemployment rate. It was during the midst of this recession that William R. Hewlett and David Packard decided to begin part-time work in a garage behind Dave and Lucile Packard’s apartment in Palo Alto, CA. Here, these two Stanford graduates invented an affordable and stable precision audio oscillator that sold to big-name customers like Walt Disney Studios. And later, established HP as the new technology company that would alter the way we produce electronics today.

At a time where most Americans used typewriters, college-dropouts Bill Gates and Paul Allen took a risk and invented software for the Altair 8800, one of the earliest versions of the personal computer during the 1973–75 recession. Microsoft would eventually release a new operating system, Windows, in 1985, and later become one of the world’s most recognized and biggest personal software companies.

Unlike others mentioned, Mailchimp prospered during the 2001 and the 2009 recession. Mailchimp was founded during the Dot-com bust primarily as an affordable email software program. Almost a decade later, the company reinvented its business model to focus less on large corporate clients and created a ‘freemium model’, providing customers the platform for free with its basic features during the 2009 recession. Their change in business model paid off as the company saw 500% user base growth in one year.

Airbnb was born out of the 2009 recession. Several months before the 2008 crash, Airbnb founders Brian Chesky and Joe Gebbia began renting out an air mattress in their living room in San Francisco, CA. Once the recession hit, the high price of hotel accommodations proved advantageous for Airbnb as it provided housing that was more affordable, and homeowners an extra income. In the midst of an economic crisis, Airbnb gained funding from top-level venture capitalists, and tremendous growth across the US.

Whether you’re already an entrepreneur or ready to test out a new idea or invention, your time is now — and history proves it.

How to Stay Inspired When Working From Home